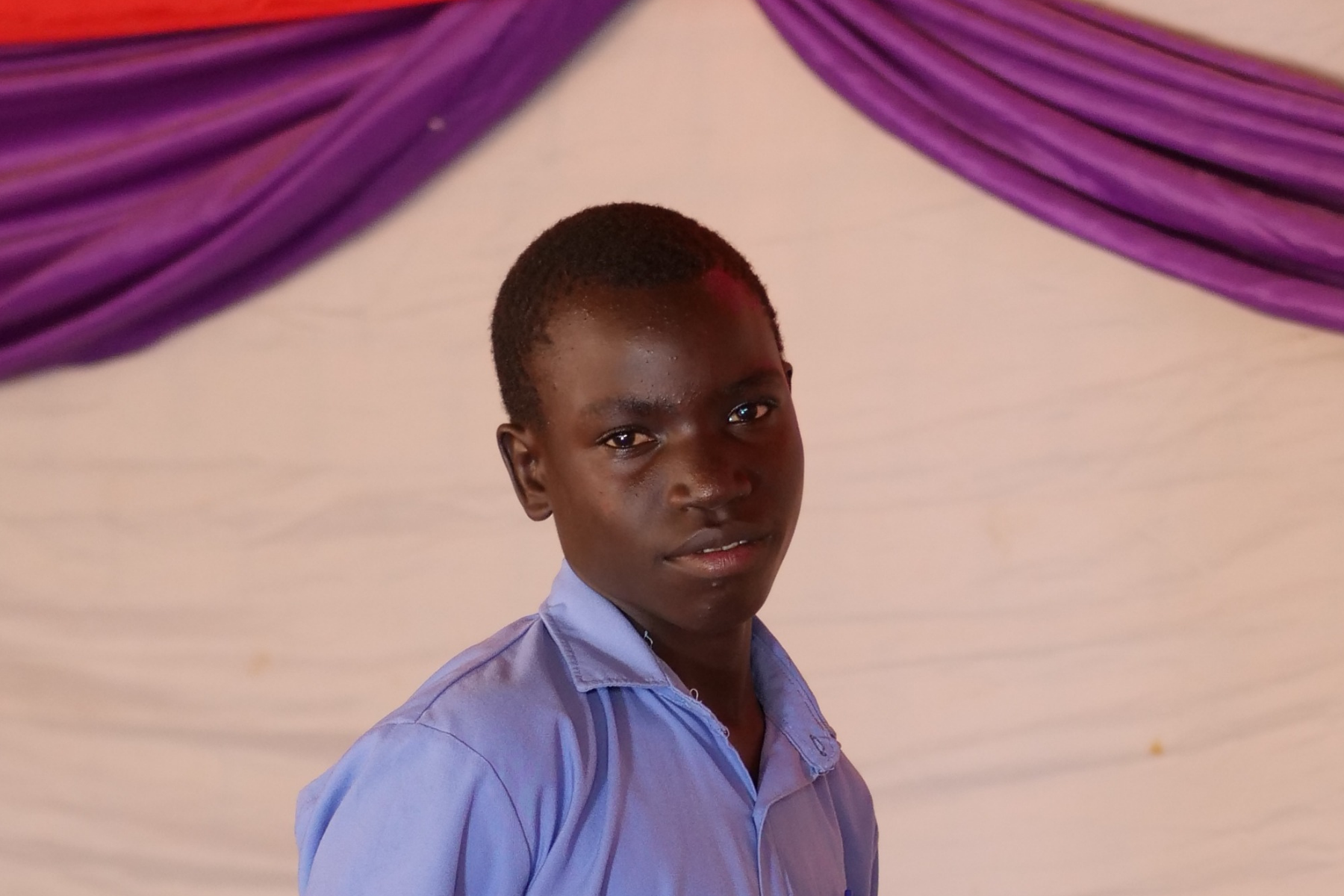 Dickens is a boy from Northern Uganda, an area devastated by civil war and the LRA. Tragically, both of Dickens’ parents were killed by the LRA when they attacked their refugee camp leaving him a complete orphan. Dickens is described as a brave and outgoing boy.

Enter this information on the Sponsorship Form:
Dickens (U02)

Uganda is called the ‘Pearl of Africa’ for its lush landscapes, unique tribal cultures, magnificence and biodiversity. Uganda struggled after gaining its independence in the 60’s and suffered from decades of civil and economic unrest. By the mid 80’s Uganda was left with hundreds of thousands of lost lives from tribal warfare, rebel attacks and the AIDS epidemic. The devastating effects upon Ugandan families cannot be overstated.  The end result is a country where the fastest growing segment of society is children.  Although it is a slow climb back to its previous glory, the Ugandan culture is strong and the sense of family and community is unrivaled. God is at work in and through this incredible country and people.